Imagine how it could be if you had a weird giant sentient vacuum cleaner robot with the power of cleaning up everything in your home. Not only cleaning dirt and debris as usual but also sucking up your hat, bag, and even your clothes. It even gets angry when you make any mess in your own house! Well, it sounds unreal, right? “That only happens in the movies”. Yes, you are right. That is Noo-Noo in Teletubbies.

Who Is Naughty Noo-Noo: A Teletubbies Sentient Vacuum Cleaner?

Are you looking forwards to meeting the legend Noo-Noo?

Let’s continue and I will show you who the Teletubbies robotic vacuum cleaner Noo-Noo is.

Click to Tweet
Quick Navigation
What is Teletubbies?
Who is Noo-Noo?
History
Mission
Personality
In the new series
Conclusion
Related Posts
>> Why Should You Use Roomba Googly Eyes? An Amazing Thing You Shouldn’t Miss
>> How to Use a Shop Vac to Vacuum Water?
>> Why Do Cats Ride Roombas?
>> How To Improve Your Vacuum Cleaner Suction
>> How Many Decibels Is A Vacuum Cleaner?

On 31 March 1997, Teletubbies first said “Eh-Oh” to all children in British. It is a children's TV programme. The series was created by Andrew Davenport and Anna Wood. The main characters of the series are four multi-colored creatures with aerials on heads. They are Laa Laa, Dipsy, Tinky Winky, and Po. With the pre-school audiences, the Teletubbies immediately made a big hit as soon as it came out. It soon became an incredible international phenomenon, a worldwide success for years. 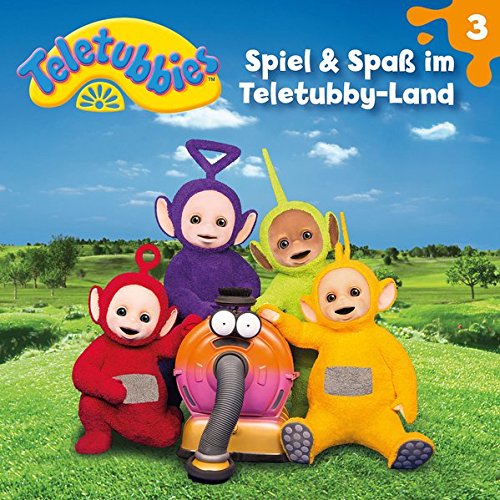 However, some adults were worried about the language of the Teletubbies, which based on children’s first words. The content of the Teletubbies series might drive adults crazy because every episode was repetitive, but the "again and again" scenes are the whole funny world for toddlers. Without a doubt, they love them.

Actually, Teletubbies is designed to create a loving, colorful and playful environment to encourage children with emotional and physical skills. It’s the stories of experiencing the world, loving others and enjoying a beautiful life.

If you have ever watched the Teletubbies TV series, you do know Noo-Noo. Noo-Noo is one of the supporting characters in the series. He is a giant blue robotic vacuum cleaner. The Noo-Noo character is operated by M. Dean throughout the Teletubbies recordings in the original series and the new series is by Olly Taylor and Victoria Jane. 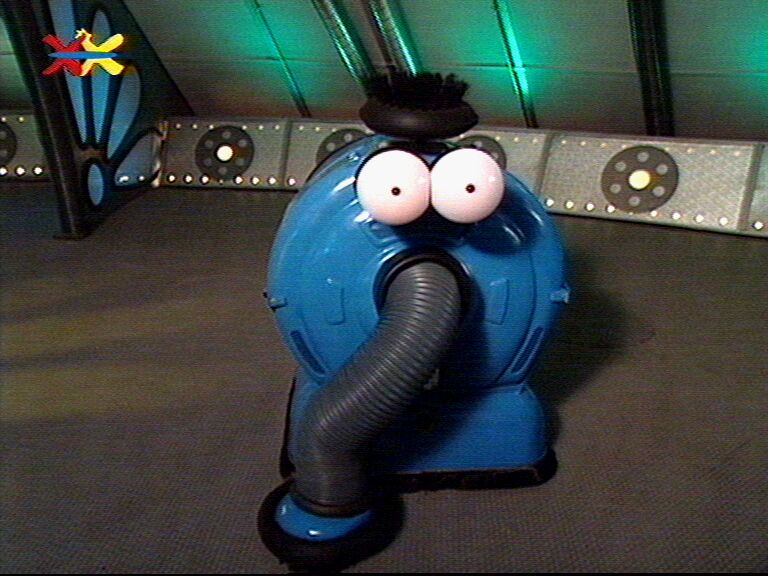 Noo-Noo is a loving friend of the four Teletubbies. He lives in the Home Dome with the Teletubbies as a blue pet and a vacuum cleaner in Teletubbyland. Noo-Noo really loves cleaning and always tries to clean up Tubby Tower and Teletubbyland himself.

The appearance of Noo-Noo is quite weird. He has big white eyes with just a small black spot on each side as iris, which gives him a stupid and surprising face. Under his eyes, he also has a long nose which looks like an elephant’s nose. He always uses it to suck up everything. He also owns a red light on the back. There is also a black brush on his head which is detachable. But it seems quite useless.

Noo-Noo cannot speak like Teletubbies. He is only capable of making slurping and sucking noises. They are extremely weird noises he makes, right? 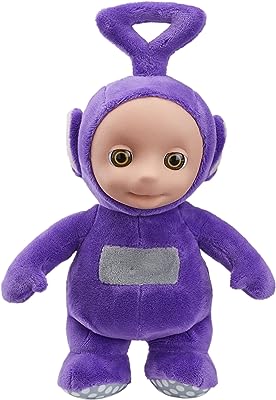 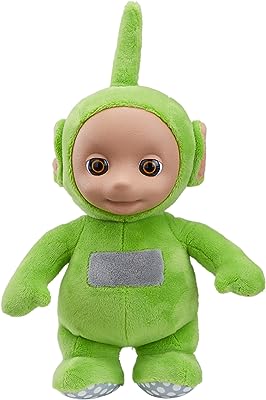 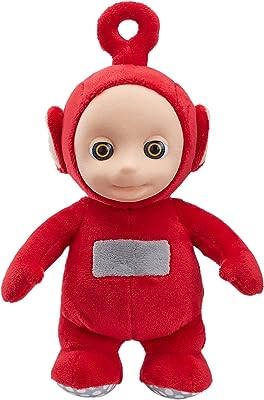 Noo-Noo is a vacuum cleaner robot so he is amazing at tidying up. He snuffles up custard splats and tubby toast crumbs. Nothing can make him more excited than tubby custard and tubby toast.

Well, Noo-Noo, however, does not seem to be so smart. He is excellent at cleaning up dirt, chewing gum, messy things, ... but he is also good at snuffling up stupid things, Tinky Winky’s dress and bag for example. Poor Tinky Winky! And then, they have funny moments together: The Teletubbies chase him around and shout out loud “Naughty Noo-Noo”. That’s why kids also call him “Naughty Noo-Noo”. And at the end of the episode, they stop with a Big Hug. They always give each other many loves.

In the new series

In the original series, Noo-Noo is quite silly when he always thinks that he has an orange color, despite he's blue. So funny it is! However, in the next series, poor Noo-Noo has already had a more colorful appearance. No blue anymore, he is now yellow as wishes, orange, and pink.

Noo-Noo is the next series is a good boy, no longer naughty anymore. In fact, there is only one naughty episode in the whole series.

In the original series, Noo-noo never goes out of the Dome, but he really does in the new series.

Perhaps our Noo-Noo is luckier in the new series! 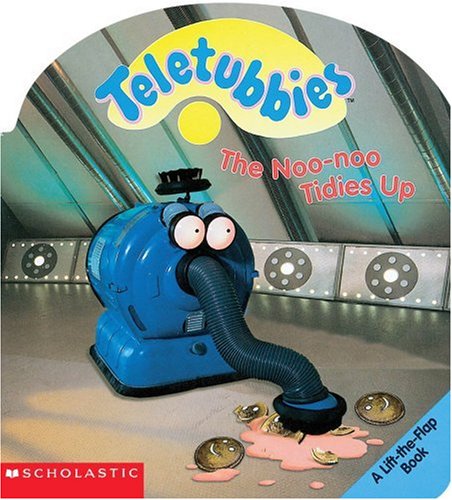 Noo-Noo is not a realistic vacuum cleaner. But, Noo-Noo is a great virtual friend (and pet as well), right? Nowadays, Noo-Noo is not just a character on television anymore. You can meet Noo-Noo and his Teletubbies friend in a lot of toy stores over the world. Of course, they are not for vacuuming, but they can be great friends of your kids.

Are you satisfied with our answer? We love hearing from our readers. If you want to find out more or have any questions on this matter, please leave a comment below or contact us.

So many thanks and “Goodbye Eh-Oh”!

Nowadays, Noo-Noo is not just a character on television anymore. You can meet Noo-Noo and his Teletubbies friend in a lot of toy stores over the world

+ Next Post: How To Make Tile Floors Shine: A Natural Solution